It is with deep sadness that Bicester Athletic Club has to announce the passing Derek Colden.

Derek was one of the clubs longest serving members and until a couple of months ago was our membership secretary, when he was forced to step down due to ill health. Derek had no real interest in athletics but was a real believer in supporting the community as a volunteer and when his grandsons joined the club Derek felt he should get involved and help the club. He stayed as a member / official of Bicester AC for over 15 years, many of those years as membership secretary. Derek was always around at the start of training to take the register and collect the fees, he would help out in any way he could.

Derek’s passing will leave a big hole in Bicester AC and our thoughts and sympathy are with his family. 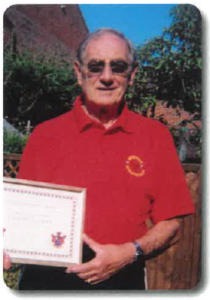