Bicester AC staged their annual summer awards evening last Saturday at Bicester School reprising the summer’s action in track and field and presenting awards to those who had excelled individually.

Amber Parker finished the season with national graded efforts in all four recognised throwing disciplines and broke a trio of club records in the process.  Her best performances came towards the end of the season during one particular weekend in September setting personal best marks in the shot, hammer and discus, which were all new club records.  Her throw in the discus of 28.77 metres ranked her 22nd for that discipline in the national under 15 girl rankings.  Parker also qualified to compete in the English Schools Championships.  Parker’s impressive run of success in 2018 earned her the under 15 girl’s field athlete of the year award.

Samuel Rayson moved up an age group at the start of the season and it took him a while to adjust to competing against older athletes in what was his specialist event the hurdles.  However, he finished the season with a national grade 4 time of 13.3secs for the 80m hurdles.  However, it was in high jump where he made the most significant improvement obliterating his previous best with a leap of 1.65m which was only fractionally short of a national grade 2 mark.  Rayson was awarded both the under 15 boy’s track athlete and under 15 boy’s field athlete of the year.  It was a family affair for the Raysons’ as brother Kyle picked up the under 11 boy track performer of the year for his 11.2secs clocking in the 75m.

Although he left the club part way through the summer season Ben West put in a welcome appearance at the awards ceremony.  In fact, before he left the club West produced a slew of spectacular times, particularly in the 800 and 1500 metres where significant milestones were achieved in both the 800 and 1500 metres where he broke the 2 and 4 minute barriers.  West also set club records in both these events and the 3,000 metres.  These efforts earned West the club’s outstanding contribution award.

The under 13 girls enjoyed a highly successful season with the quartet of Isla Bohannon, Freya McGinlay, Hollie Offord and Charlotte Kavanagh breaking the long standing under 13 girl’s 4 x 100 metre relay.  Two of these athletes were given awards in recognition of their individual efforts.  Bohannon excelled in the sprints setting national grade marks in both the 100 and 200 metres as well as equalling the club record in the former.  Freya McGinlay never stopped improving in the shot during the summer and achieved a national grade 3 putt of 7.40 metres.  These individual efforts earned the awards of under 13 girl track athlete and field athlete of the year for Bohannon and McGinlay respectively.

There were special awards for the under 17/20 athletes who represented the club and Tia Brown, Christopher Bernard and Conor Stark collected their awards in person.  Tia Brown not only produced a national grade mark in the under 17 girl’s 100 metres but her time of 13.0 secs was the fastest by a Bicester female for 23 years.

And finally, the club also presented a set of awards in each of the age categories reflecting the overall contribution that an athlete has made to the club during the season.  Club athletes of the year awards were presented as follows: 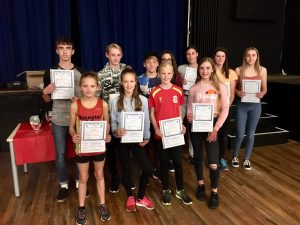 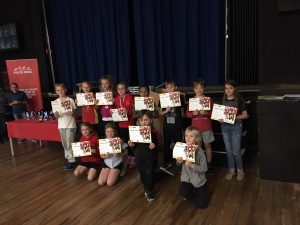 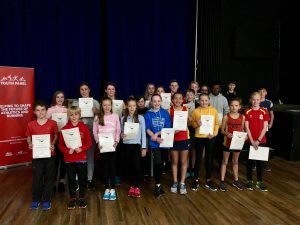 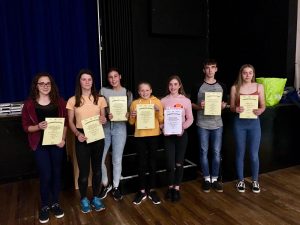